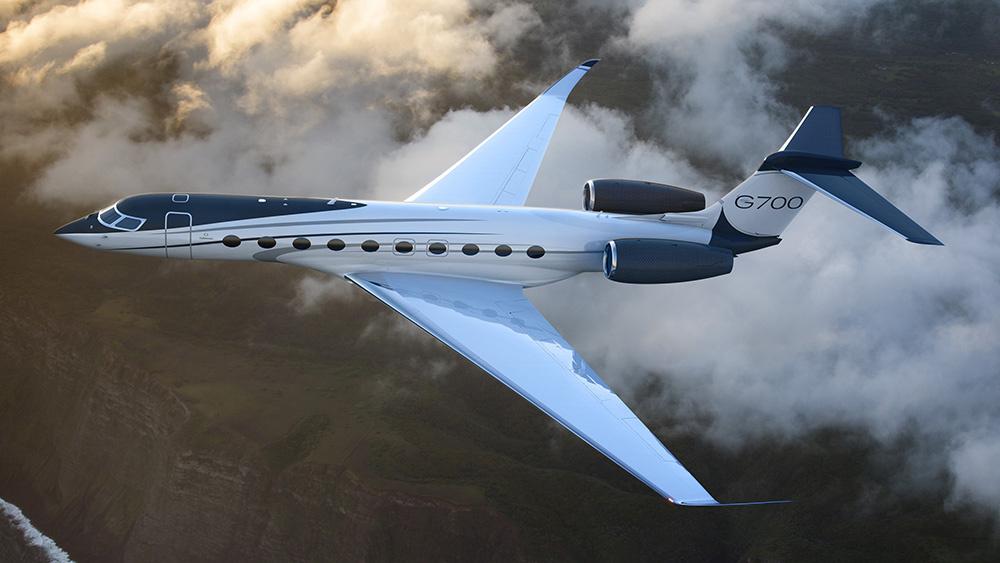 The planemaker Gulfstream has just unveiled plans for a private jet with the “tallest, widest, longest cabin in our industry,” according to Gulfstream president Mark Burns. They are marketing to the world’s wealthiest fliers with the model’s bigger cabin and longer flight range.

Coined the G700, the new private jet will be capable of flying 7,500 nautical miles and will have a cruising speed just below the speed of sound. This new model is expected to debut in 2022 with a price tag of $76 million.

Gulfstream, a unit of General Dynamics Corp., was unseated last year as the holder of the largest luxury jet — qualified by their flagship G650 — by Bombardier Inc.’s Global 7500. The 73 million dollar Bombardier aircraft has a range of 7,700 nautical miles with speeds as fast as Mach 0.925, just below the speed of sound.

David Coleal, president of Bombardier’s aviation unit, claims the Global 7500 to be “the industry flagship.”

The Gulfstream G700’s debut is already promising, being met with high demand according to Burns.

“We’ve actually had several other orders that we’ve taken already,” Burns said. “My phone’s been blowing up overnight with people asking about what availability we have.”

The G700’s launch customer is Qatar Airways, which has ordered 10 aircraft for Qatar Executive, the company’s charter service. Burns said the backlog for the G700 is expected to fill quickly as well, projecting deliveries for new orders out to 2025 and potentially beyond.

Gulfstream has already built four test G700s, including a model that will have a completed interior to showcase to clients. The first test flight is coming “soon,” according to Burns.

Burns remains optimistic that the release of the G700 will keep demand for the G650 strong, which currently only has a wait time of about a year from order to delivery.

Gulfstream’s smaller private jets — the G500 and G600, introduced in 2014 — have also begun shipping to customers. The G600 began shipments in June, with G500 beginning about a year earlier.