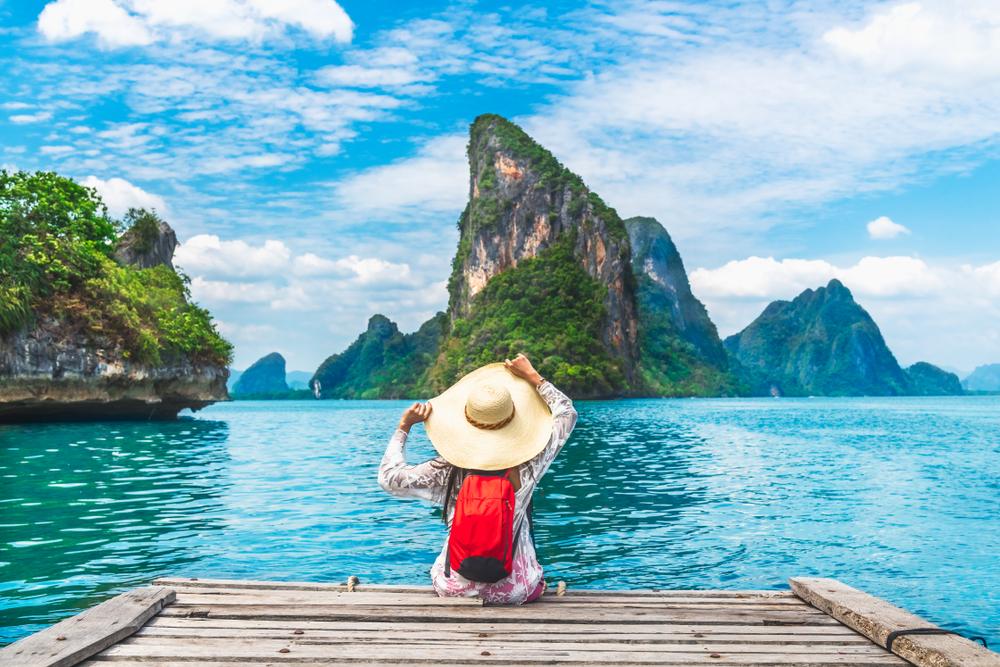 Travel is essential to uplift our spirits; it reinvigorates the dreamer, offers hope to the pessimist, and expands our horizons. We’re resolving to ‘travel more’ in 2019 and have rounded up our top travel destinations to share with you. As the American playwright Tennessee Williams once said, ‘Make voyages. Attempt them. There’s nothing else.’

The culinary scene in Mexico City is renowned. Foodies from around the globe flock to get a seat at the city’s multiple world famous fine dining restaurants. The contrast between highbrow and lowbrow dining is what makes the food scene in Mexico City so interesting. For a deeper understanding of Mexican cuisine, take a cooking class at Casa Jacaranda or visit Nomada Heladeria--an ice cream shop specializing in experimental flavors that source all of their ingredients from Mexico. Walk off meals with a stroll through the young and hip Roma Norte neighborhood, or Polcano--the “Beverly Hills” of Mexico City for a glimpse of lux and sophistication.

The city, often dubbed the “Hollywood” of the north, is home to more than 2.7 million people and a thriving arts scene. The Toronto Film Festival is held annually, on the first Monday in September, and draws more than 400,000 international attendees. If you are looking for an activity that is a bit more low-key, the city hosts a number of museums. Canada's largest museum, the Royal Ontario Museum, boasts a diverse collection of galleries and exhibits. Part natural history museum, part art gallery, visitors can learn about dinosaurs and bats alongside architecture, textiles, and rarities from China, the Middle East, and Africa. To see a variety of Canadian art, head over to the Art Gallery of Ontario. Modern art lovers will be delighted to learn that the Art Gallery of Ontario plans to open a permanent “Infinity Mirror Room” installation by artist-turned-Instagram-phenom Yayoi Kusama in the Spring of 2019. For sports fans, catch a Toronto Raptors game; the regular season runs from October to April.

Lying just one degree north of the Equator, Singapore enjoys warm temperatures year round. While there are no distinct seasons, it is best to avoid visiting from November to January, which is considered the wet season. Otherwise, the mild climate lends to exploration by foot, so make sure to bring your walking shoes. Singapore is full of museums and art galleries, but the thriving street art scene in the neighborhoods of Bras Basa Bugis, Tiong Bahru, and Little India are just as noteworthy. A stroll through the Singapore Botanic Gardens--the country’s first UNESCO world heritage site, will introduce you to over 10,000 species of tropical flora. The gardens include a tropical rainforest, a children's garden, cafes and restaurants, three lakes, and a center for research and cultivation of over 1,200 species of orchids. The site is the only garden in the world open from 5 AM to midnight every day of the year, and entrance is free, except for the National Orchid Garden. If you still need a reason to visit Singapore, it’s the setting of Crazy, Rich Asians--the biggest movie of 2018.

If you’re a history buff who also enjoys amazing food and great nightlife, you need to visit Berlin. November 9, 2019 marks the 30th anniversary of the fall of the Berlin Wall. The city will commemorate the anniversary with events that address topics like division, the fight for freedom, and the process of reunification throughout the year. For more history, check out the Jewish Museum and the Holocaust Memorial. After a reflective afternoon, lighten the mood with a night out on the town. Berlin has a reputation as the party capital of Europe; cheap drinks and many clubs and bars without closing times help to solidify its title. When you need some food to sop up the alcohol, Berlin has got you covered. Although the city boasts plenty of fine dining establishments, it’s Berlin’s most iconic dish, known as the Currywurst (a German sausage served sliced and doused in ketchup seasoned with curry powder), is a must try!

Lima is located in the southern hemisphere which means the summer is from November-February, making it a great destination for those up north looking to get away from the winter cold. Lima sits on a cliff overlooking the Pacific Ocean and has made a name for itself as the “foodie” capital of South America. Three Lima restaurants, Central, Maido and Astrid y Gastón nabbed an esteemed spot on Forbes’ 2018 annual list of the 50 best restaurants around the globe. For comparison, the only other South American cities on the list, Santiago and Sao Paulo, earned just one spot. Central, perhaps the most renowned Peruvian restaurant, is the creation of native chef Virgilio Martinez. His menu highlights the biodiversity of Peru in dishes made from sustainable, locally sourced ingredients, prepared and presented in exotic ways. Walk off your amazing meal with a stroll through the bohemian Barranco district or grab a drink in the upscale and trendy Miraflores neighborhood.

In the South Pacific, just northwest of Tahiti lies the small island of Bora Bora. It has everything you imagine it would; gorgeous white sand beaches, palm trees, and warm, crystal clear waters. If you’re looking for a little R & R, this is the place for you. The island is surrounded by a lagoon and a reef, making this a popular destination for snorkeling and scuba diving. If you still need a reason to book a trip to Bora Bora, how about a solar eclipse? On July 2, 2019, the earth will pass through the moon’s shadow, obscuring the light from the sun and the sky will darken over French Polynesia for three and a half minutes. You could be there, on the beach with your toes in the sand, to witness it.

Now that you’re feeling inspired to travel, where will you decide to go? Where ever you chose, let Jet the World take you there. Contact us today to speak to one of our expert representatives about booking your flight. We are available by phone at 800.538.7603 or send us a message at info@jettheworld.com.